The scenario is how the dysfunctional lantern family spends the holidays together. You take a template, slap some text on it that the character would say, then post it. Not to be confused with Murder Burger, a different alternate lantern setting.

Holiday Lanterns are, for lack of a better term, a meme originating on /co/ during Thanksgiving of 2009. The original thread was popular enough to have a continuation and then be replicated again during the following Christmas with another continuation until expanding to just about every notable holiday.

The personalities of the characters are primarily either over-exaggerations of the comic characters they are based on, or the emotion their ring represents ramped way up.

In later years, new additions were added to the cast.

Someone's always asking for them. In every thread. Ever. 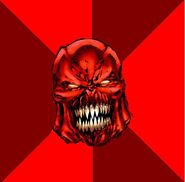 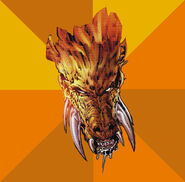 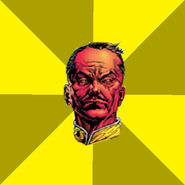 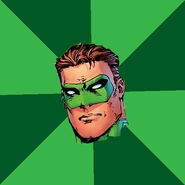 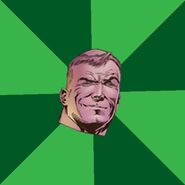 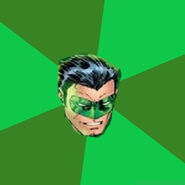 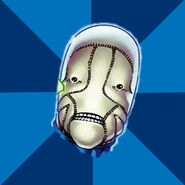 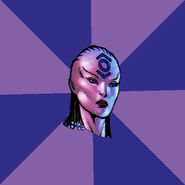 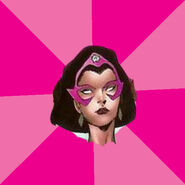 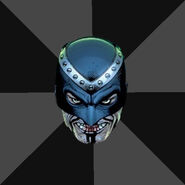 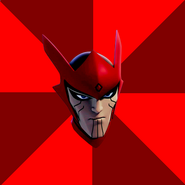 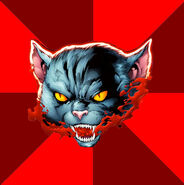 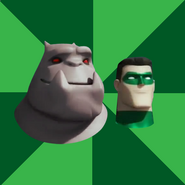 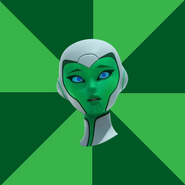 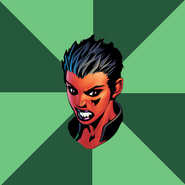 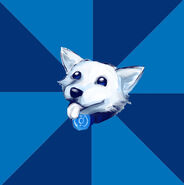 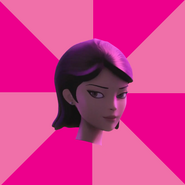 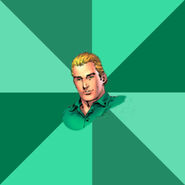 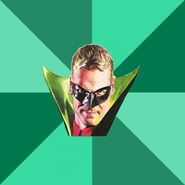 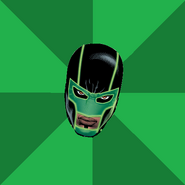 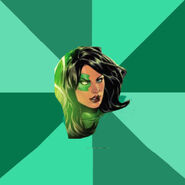 Jessica template
Add a photo to this gallery

Every Green Lantern
Down on Mogo
Shared Christmas a lot...
But Larfleeze,
Who's Lantern was of Orange,
Did NOT!
This Larfleeze wanted Christmas! The whole Christmas season!
Now, please don't ask why. No one quite knows the reason.
It could be that his ring wasn't screwed on quite right.
It could be, perhaps, that his spectrum was too bright.
But I think that the most likely reason of all
May have been that his greed made everything his call.


But,
Whatever the reason,
His ring or his spectrum,
He floated there in space, hating those Lanterns,
Staring down with his cravings with a sour, Larfleeze frown
At the green lighted windows below in their town.
For he knew every GL down in Mogo beneath
Was busy now, willing a green mistletoe wreath.
"And they're hanging MY stockings!" he snarled with a sneer.
"Tomorrow is Christmas! It's all MINE you hear!"
Then he growled, with his Fleezy fingers round his Lantern tight as can be,
"I MUST find a way to keep Christmas just for me!"
For, tomorrow, he knew...
...All the GL girls and boys
Would wake up bright and early. They'd rush for HIS toys!
And then! Oh, the noise! Oh, the noise! Noise! Noise! Noise!
That's another thing he wanted! The NOISE! NOISE! NOISE! NOISE!
Then the Lanterns, young and old, would sit down to HIS feast.
And they'd feast! And they'd feast!
And they'd FEAST! FEAST! FEAST! FEAST!
They would eat his Rann-pudding, and rare Thangarian-roast-beast!
For you see Larfleeze wanted every morsel they'd all have the LEAST!!


And THEN
They'd do something he liked least of all!
Every GL down on Mogo, the tall and the small,
Would stand close together, with Lantern Oath ringing.
They'd stand hand-in-hand. And all his rings would start slinging!
They'd sling! And they'd sling!
AND they'd SLING! SLING! SLING! SLING!
And the more Larfleeze thought of the Green-Will-Christmas-Sling
The more the 'Fleeze thought, "I must have this whole thing!
"Why for fifty-three years I've wanted it now!
I MUST have Christmas MINE for the keeping!
...But HOW?"


Then he got an idea!
An awful idea!
LARFLEEZE HAS ALL WONDERFUL, AWFUL IDEAS!
"I know just what to do!" The 'Fleeze Laughed in his throat.
And he brought forth an orange Santy Claus hat and a coat.
And he chuckled, and clucked, "MY, What a great Fleezy trick!"
"With this coat and this hat, that I took from Saint Nick!"
"I need is all his reindeer..."
Larfleeze looked around.
But since reindeer that fly Black Lanterns ate all last year, there was none to be found.
Did that stop the old Larfleeze...?
No! Lar' simply said,
"If I can't find a reindeer, I'll make one instead!"
So he called his agents forward. Then he took some red thread
And he tied a big horn on top of their heads.


THEN
He stole some bags
And anything to hold his payments
On a ramshakle sleigh
He hitched up his agents.


Then Larfleeze said, "Giddyap!"
And the sleigh started down
Toward the homes where the GLs
Lay a-snooze in the town.
All their rings were quite dark. Quiet snow fell on Mogo.
And the Lanterns all dreaming sweet dreams without Sinesto
When he came to the first construct in the square.


"This is stop number one," The old Larfleeze Claus hissed
And he flew to the roof, empty bags in his fist.
Then he slid down the chimney. A rather tight squeeze.
But if Santa could do it, then so could the Fleeze.
He got stuck only once, for a moment or two.
Then he stuck his head out of the fireplace flue
Where the little Lantern batteries all hung in a row.
"These Batteries," he grinned, "are my first things I stow!"
Then he slithered and slunk, with a smile most unpleasant,
Around the whole room, and he took every ring present!
From Gardner! And Rayner! Saarek!
Ch'p! Turytt! Perdoo! And Gpaak!
And he stuffed them in bags. Then Larfleeze, very nimbly,
Stuffed all HIS bags, one by one, up the chimney!


Then he slunk to the icebox. He took the GL' feast!
He took the Rann-pudding! He took the Thanagarian-roast beast!
He cleaned out that icebox as quicker than Flash.
Why, that Orange even took their last can of Kryptonian-hash!
Then he stuffed all the food up the chimney with glee.
"And NOW!" grinned Larfleeze, "I will stuff up MY CENTRAL BATTERY!!"
And the Fleeze grabbed the Power Source, and he started to shove
When he heard a small sound like the coo of a dove.
He turned around fast, and he saw a small Black Lantern!


Little Katma Tui, who died in Action Comics Weekly #601-602!
The Fleeze had been caught by this little Zombie covert
Who'd rose from the dead to steal the heart of John Stewart.
She stared at Larfleeze and said, "Santy Claus, why,
"Why is greed all I see? WHY?"


But, you know, that old 'Fleeze was so smart and so slick
He thought up a lie, and he thought it up quick!
"Why, my sweet little corpse," the fake Fleezy Claus lied,
"This willpower core won't light on one side.
"So I'm taking it home to my workshop, on Maltus.
"I'll bring it back there. Then I'll be glad for you to kill us!"
And his fib fooled the corpse. Then he patted her head
And he led her to Stewart's and he sent her to his bed.
And when Katma Tui , went to a bed for her sup'.
HE went to the chimney and stuffed the battery up!
Then the last thing he took
Was the Kilowog's green ringlet.
Then he went up the chimney himself, the old piglet.
On their hands he left nothing but empty fingers, and
green singlet.


And the one speck of food
That he left in the fort
Was a crumb that was even too small for G'nort.


Then
He did the same thing
To the other Lantern homes
Taking all
That he saw
For he knew it was time to call in his loans!
It was quarter past dawn...
All the GLs, still a-bed
All the GLs, still a-snooze
When he packed up his sled,
Packed it up like a wiz! The Rings! The Batteries!
All his! All the Lanterns! The Green! All for Larfleeze!
Three thousand feet up! One side of outer space,
He floated there ready to absorb at his pace!
"Pooh-pooh to the Lanterns!" he was Fleeze-ish-ly humming.
"They're finding out now that Christmas is mine!
"They're just waking up! I know just what they'll do!
"Their mouths will hang open a minute or two
"Then all the GLs down on Mogo will all cry OA, WHAT WILL WE DOOO?!"
"That's a noise," grinned Larfleeze,
"That I simply must have!"


So he paused. And Larfleeze put a hand to his ear.
And he did hear a sound rising down on Mogo.
It started in low. Then it started to grow...
But the sound wasn't sad!
Why, this sound was their oath!
It couldn't be so!
But the planet WAS glowing! VERY!
He stared down at Mogo!
The Fleeze popped his eyes!
Then he shook!
What he saw was a shocking surprise!
Every GL down on Mogo, the tall and the small,
Was slinging! Without any rings at all!
He HADN'T stopped Christmas from coming!
IT CAME!
Somehow or other, a blast came the same!


And Larfleeze, with his orange-ring ice-cold in the void,
was hit puzzling and puzzling: "I took all MY rings, how could this I avoid?!
It came from their will! It came without green!
"It came without batteries, or rings I'd not seen!"
And he was hit by the power, `till his jaw tusks were sore.
Then the Fleeze thought of something he hadn't before!
"Maybe Christmas," he thought, "doesn't come from this core.
"Maybe Christmas...perhaps...means I have to steal a bit more!"
And what happened then...?
Well...on Mogo they say
That much of Larfleeze's stolen stash
Fell back from orbit that day!
And the minute the rings returned to to the Corps,
He escaped with some swag, though he wanted much more!
And losing all the gear he kept the food for the feast!
And he...
...HE HIMSELF...!
The Fleeze ate the roast beast!

Retrieved from "https://the-conservatory.fandom.com/wiki/Holiday_Lanterns?oldid=10708"
Community content is available under CC-BY-SA unless otherwise noted.